Au fil du JE is the most successful personal development game to date. It is played with family, friends and colleagues, from 1 to 8 people.

It is presented in the format of a board game with a board and 4 sets of cards where 1 game is equal to the exploration of 1 topic/situation.

All the cards and the design of the game were created by Valérie Landemarre, a quantum therapist and trainer-coach for over 20 years.

determine an objective/problem for the game, walk the course, draw a card as you go along in one of the 4 packages (test, coaching, opening, healing) and then carry out the exercises proposed with full involvement to eliminate blockages linked to the theme visited.

support each other through benevolent co-coaching (no value judgements are allowed, the aim here is to accompany the coachee in his or her progress) and to have a good time, including moments of fun on subjects which can be, at the beginning, somewhat stressful or even painful because they are blocked.

The tried and tested personal development practices that make up the game will allow you, at your own pace :

Thereby, thanks to the energy recovered according to what will be revealed during the game and according to your involvement and motivation, you will be able to take action :

discover new perpectives, embrace new choices and make the changes necessary to achieve your personnal goals and desires, or simply feel more aligned with yourself and your deepest aspirations.

Play, unlock, release with the game Au fil du JE from 1 to 8 players.

So who will be the quickest to remove the blockages in his project, question or problem ? 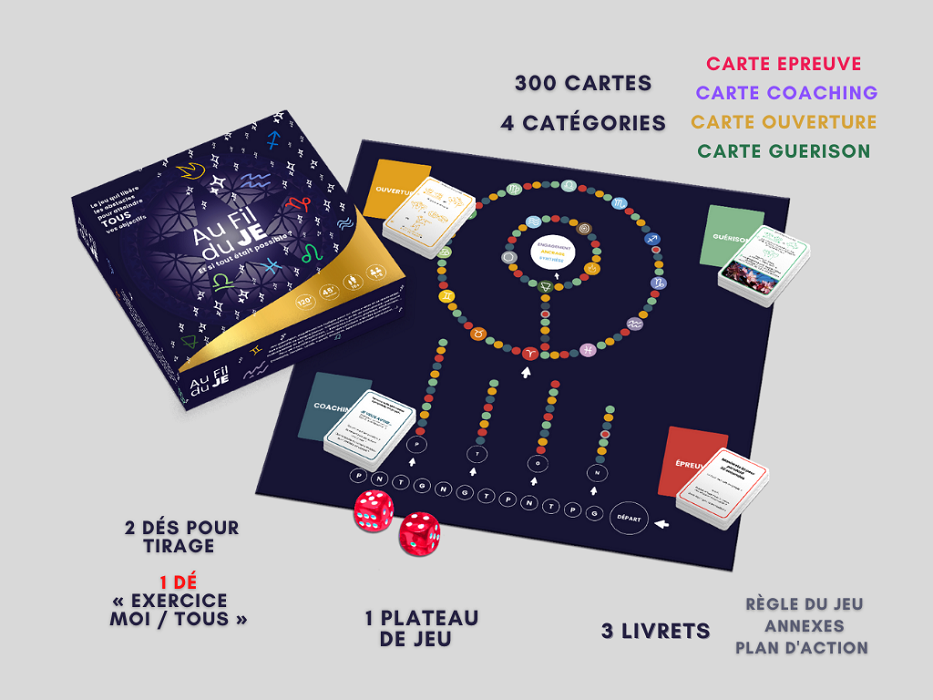 All equipment is provided. No additions are necessary.

Only one double-sided sheet is to be photocopied for each player (without obligation) in order to list the elements taken out throughout the game and in order to summarise them for a final and complete release.

They allow you to carry out express challenges (you express yourself, you guess, you sing, you brain-gym, you move forward, you move backward, ...) : you play ! And at the same time you work for the problem. We sometimes work on it all together : each player is concerned (the cards indicate the throw to be made in this direction : me or all of us). 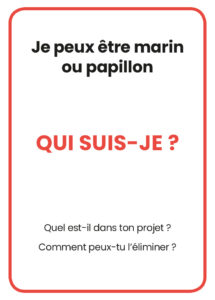 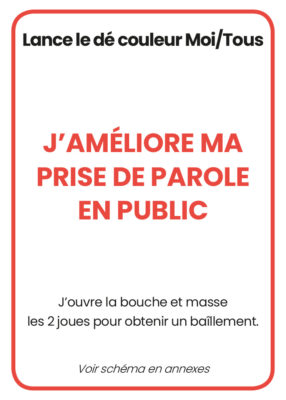 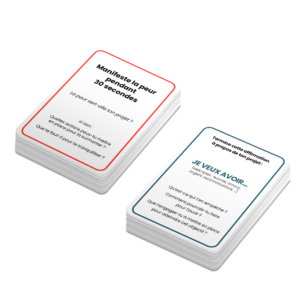 They allow you to be coached, to coach, to co-coach, to express, to visualise, to clarify your objective and the actions to be carried out. The neutrality of the questions is essential, a list of questions from the coach is provided (booklet Appendices) and completes the already very expressive cards, if necessary. 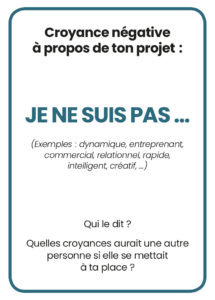 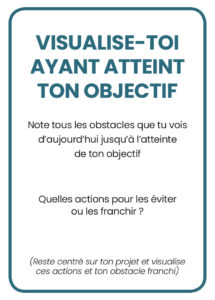 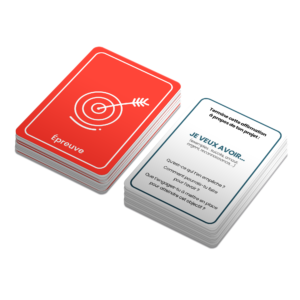 They make it possible to work in depth and to remove blockages : thanks to the connection of unconscious resistors, to experimented techniques such as ocular or digital modes. 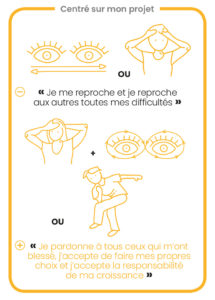 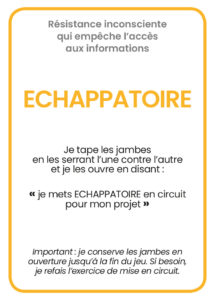 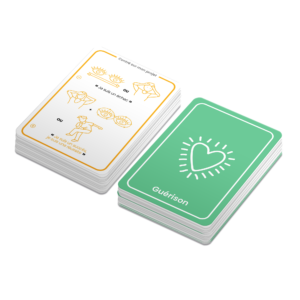 They make it possible to work and remove blockages even more deeply : negative emotional injunctions and behaviours in the face of pain are unlocked to give way to the anchoring of the associated positive. 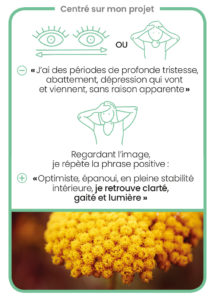 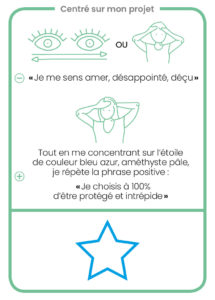 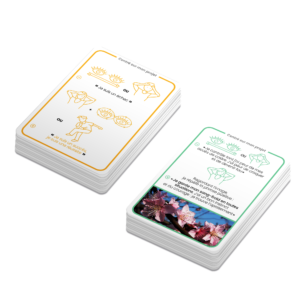 the 80-page Book : including Rules of the game and Appendices

The rules of the game allow you to learn about the particularities of the progress of a game, before playing.

The appendices indicate the objectives and benefits of the various pictograms that make up             the cards, the corrective movements in image and detail, the coach's questions, a kick-off meditation, and other useful elements according to the cards drawn.

The movements and exercises are listed on 2 double-sided cards for ease of use, while playing.

The synthesis map shows the synthesis (as its name suggests !), the anchoring of the positive and the commitment to the concrete action(s) to be carried out.

At this stage, the player has finished the game and receives congratulations from the other players.

How the game works

Choose and validate your subject

Anchor the positive: all positives

Go through all the stages (stages of life, year, etc ...)

Release your blockages, stress, ... all along the route.

How to choose your topic ?

Our game is accessible to all. No level is required. All subjects can be experienced: relationships, sentimentality, work, projects, health, weight, money, ... Moreover, there are no taboos, but the elements drawn can be confrontational depending on the subject: everyone has the choice to express their discoveries, aloud or not. Each problem is worked on at its own rhythm, without any major difficulty except that of carrying out the exercises conscientiously and several times in order to liberate (7 times recommended). If a difficulty arises, co-coaching comes into play !